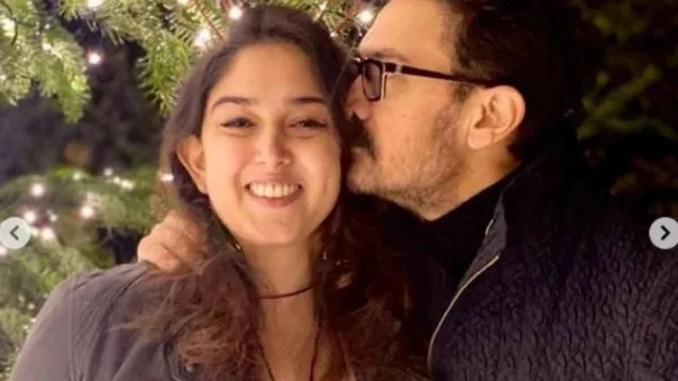 Ira Khan, Aamir Khan’s daughter, recently experienced trolling on social media. The star kid, who is very active on social media, made news after she uploaded a screenshot of an Instagram user asking if Aamir is a “relative” of hers.

This happened when Ira shared a few photos with Bollywood’s Mr Perfectionist from her Christmas celebrations. In the screenshot, an Instagram user took the comment section and wrote, “Why is he close to you? Is he your relative?” While another user did mention that Aamir and Ira were father and daughter, the Instagram user didn’t budge. However, one of the users did comment, “Dude, she is the daughter of Aamir Khan. You can always check it on Google to confirm”. Soon, another user joined the conversation and wrote, “Bhai Google jhuth bhi bata sakta hai kitne chance huye hain ki Google pe search kuch karo aur aata kuch or hai (Brother, Google can lie also. It has happened so many times, that you search for one thing on Google and the results are totally unrelated).”

(Also read: Anushka Sharma signed three feature films, which will kick off one after the other starting 2022)

Ira’s Christmas photos with Aamir and boyfriend Nupur Shikhhare, on the other hand, were all about making pleasant memories. Aamir was also seen twinning with Nupur during the Christmas festivities, which made us squeal with delight.

2PM’s Junho Snaps Pics With Girls’ Generation’s YoonA, Bringing Us Back To The Good Old Days Of 2nd Gen K-Pop

2PM's Junho Snaps Pics With Girls' Generation's YoonA, Bringing Us Back To The Good Old Days Of 2nd Gen K-Pop