Christine Brown Beams in New Instagram Photo, Says She “Can Handle Anything” 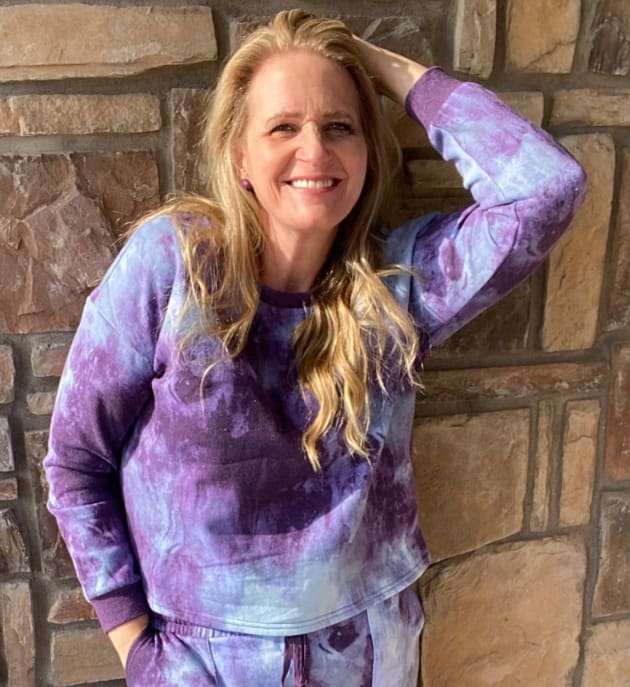 
For those seeking confirmation?


Christine Brown is doing just fine and dandy in the wake of her split from Kody Brown, thank you very much!


The veteran Sister Wives star shared a new photo on her Instagram account this week, posing in an outfit from LulaRoe and looking as relaxed and as happy as she’s been in years.


“As long as I can wear this @lularoe #lulusuit I can handle anything today! #comfort #cute #lularoeretailers #lularoe #becauseoflularoe,” wrote the TLC personality as a caption to the snapshot.


So, yes, granted, this is a promotion for a very shady company.


But most followers took a look at the image and honed in on the smile across Brown’s face instead.


“You look great Christine. So glad you left Kody,” wrote one fan, while another observer added simply:


A third person chimed in with “That smile says it all” and a fourth echoed these sentiments as follows:


“Happiness looks so good on you!”


Christine, of course, took the reality television world by shock on November 2 when she announced she was leaving spiritual husband Kody Brown.


“After more than 25 years together, Kody and I have grown apart and I have made the difficult decision to leave,” she wrote via Instagram at the time.


“We will continue to be a strong presence in each other’s lives as we parent our beautiful children and support our wonderful family.


At this time, we ask for your grace and kindness as we navigate through this stage within our family.”


The latest season of Sister Wives, which was filmed in late 2020, has offered up a great deal of evidence of just how bad things became between Christine and Kody amid the outbreak of COVID-19.


Kody tore into Christine on a recent episode, screaming how this spouse was just full of bull$hit.


Fans have since continued to applaud Christine for making the decision to move back to Utah and establish a life that is a) Far away from Kody; b) Close to many of her kids.


By posting images such as the one above, and also by recording various Cameo videos, Christine has made it clear to these same fans that she has absolutely no regrets at all.


“Thank you for supporting me with leaving Kody,” Christine told some late last year who paid for a Cameo shout-out.


“The decision was a long time coming, and I feel like a much better person divorced than I ever did, and life is so great.”


Christine added that she “had no idea life could be simple,” continuing as follows:


“And I just hope that Kody and I can still remain friends during all of this, because we’ve been still [really] communicating with each other and stuff.


Christine reiterated in this message that she plans to keep things civil with her former spouse as they coparent their children.


“We have a life still together after this because we have kids to raise, and Truely’s 11,” she explained.


“We have to just be good and amiable and things like that. I think it’s just important to remember that.”


He didn’t seem too broken up about the break-up in November.


“Christine’s decision to leave comes with a great deal of sadness. We enjoyed many years together and I have a large amount of respect and admiration for her,” he wrote in his own statement at the time.


“Although we are moving forward on different paths, we will always remain committed parents.”