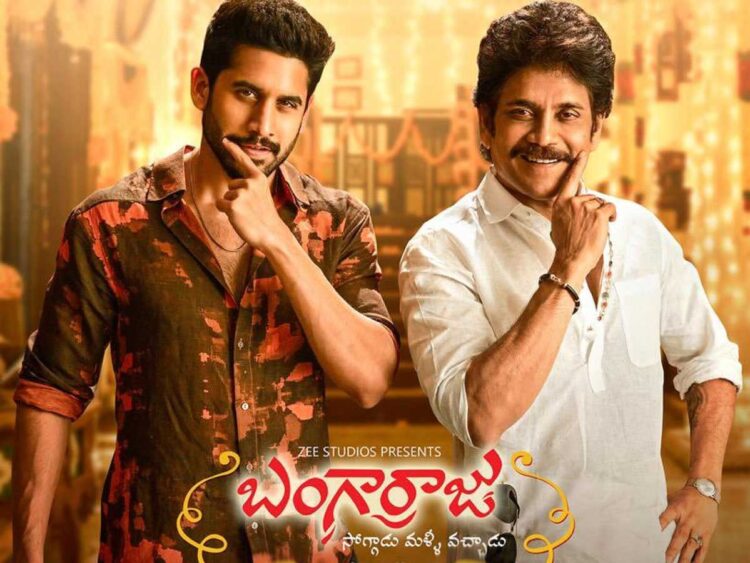 The movie ‘Soggade Chinni Nayana‘ which was released as a gift of Sankranthi in 2016 was a huge success. Nagarjuna became the highest grosser of her career, earning the highest revenue. Now, the sequel to this film ‘Bangarraju’ has also been released as a Sankranthi gift. The film was released on January 14. It is designed with an continued story in a rural setting. It is a film that reflects the atmosphere of Sankranthi and ‘Bangarraju‘ is getting good response from all areas.

Trade sources say that the film has grabbing good collections in Nizam, Seeded along with all regions on the first day of the series. On its opening day in Nelanja, the film grossed Rs 3.1 crore and 1.73 crore shares. Analysts says that it is remarkable to achieve such collections with fifty percent occupancy during the current corona period. Also, this film was released in 1200 screens worldwide and brought positive talk from the very first day.
Overseas, the film has grabbed moderate collections. Raised $ 40,000 through premieres. Collections more as it is the weekend. Prior to its release, the film had a pre-release business of Rs 39 crore. Nagarjuna and Nagachaitanya played the lead roles in this movie.. Ramyakrishna and Krithishetti appeared as the heroines.
ShareTweetSend
ADVERTISEMENT
Previous Post