by Sangita
in Entertainment, Reviews
Reading Time: 5 mins read
A A
0 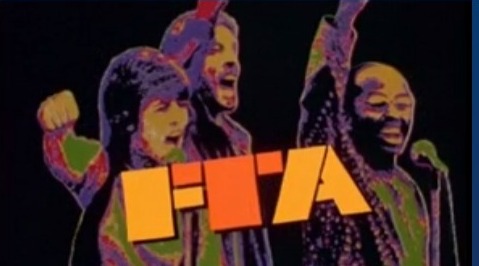 Some of us are old enough to remember when images surfaced of actress Jane Fonda sitting with VC at their anti-aircraft gun, during her famous tour of North Vietnam in 1972, so roiled the Man that his MSM lackeys began routinely referring to her as “Hanoi” Jane in their reports of the war. She had proven to be a huge disappointment to right-wing hegemonists who might have enjoyed her work in Barbarella (1968) as a ubergun-toting sexpot who keeps Icarus (or a near cuz) high and Marcel Marceau flailing (a mime is a terrible thing to waste, they say).

Vietnam was already an unpopular war by the time Fonda went on a political jaunt to NVN. Still, she gave a radio broadcast from Hanoi in August 1972 that some veterans, to this day, regard as propaganda bordering on treason, and yet which I find quite lovely and moving, accentuating a people’s culture and humanity, de-demonizing them. Of course, she gave more than one broadcast and one speech. Here’s an excerpt of things she saw on her tour of war:

Fonda’s more infamous speech describing the locals as humans is sharp. Here is her speech presented before Congress during hearings they held on her travels to the North Country. (It’s preceded by congressional denunciations that provide a glimpse at the poulter zeit geist.) It is full of humanistic observations of the North Vietnamese people.

The famous photo of her sitting comfortably with the enemy next to anti-aircraft gun should be weighed up against the fact that Nixon had begun withdrawing combat boot soldiers from Nam, to fool people into believing he was ending the war, while at the same time the US military amped up its aerial bombardments (an airborne preference that continues through to the present day of war by drones). Nixon’s three-card monte needs weighing. Another film from 1974, The Year of the Dragon, provides a similar attempt at humanizing the local population by showing bombardments they suffered through, followed by people getting on with their lives, rebuilding. Here’s the first five minutes, including an astonishing excerpt from a US military manual that includes dehumanization as a goal.

The war represented aggression that was often criminal in intention to begin with.

And it was even acknowledged in 1968 by LBJ to some reporters in the White House as pointless (sort of):

And what’s more, Chicago 1968 and Chicago 7 had happened. Kent State 1970 had happened. In 1971, newspapers began publishing the leaked papers of Daniel Ellsberg that became known as the Pentagon Papers, which had a bottom-line assessment of the Vietnam War: It could not be won. Consequently, continued military action there was to save political face. This is depressing enough to know, but in The Doomsday Machine, Ellsberg ups the ante of our outrage by talking of Nixon’s plan to nuke North Vietnam on October 15, 1969, averted due to the unexpected success (from a Left POV) of a nationwide anti-war moratorium that day. Ellsberg writes,

(Note: You can view every article as one long page if you sign up as an Advocate Member, or higher).

John Kendall Hawkins is an American ex-pat freelance journalist and poet currently residing in Australia. His poetry, commentary, and reviews have appeared in publications in Oceania, Europe and the USA, such as Cordite, Morning Star, Hanging (more…)

The views expressed herein are the sole responsibility of the author
and do not necessarily reflect those of this website or its editors.

South Musician Maris Vijay on Success of The Future is Dark