by Ritika
in Entertainment
Reading Time: 4 mins read
A A
0

The actress also mentioned that the pictures were taken by her “boyfriend” Ranbir Kapoor.

In the pictures, Alia is seen looking at the camera as she smiles.

In another picture, she smiles while looking away from the camera.

Ranbir Kapoor’s mother Neetu reacted to the picture by liking the post and leaving a heart and several heart-eyed emojis in the comments section.

She added along a heart emoji.

Fans of Alia Bhatt also liked and commented on the actress’ post.

One fan commented: “You look so pretty. No doubt why Ranbir turned into your photographer. Lots of love.”

The couple went to Kenya’s Masai Mara to ring in the new year together.

Earlier, Alia had shared some more pictures from the couple’s trip to Kenya on Instagram.

Alia Bhatt and Ranbir Kapoor have been in a relationship since 2017.

Ayan Mukerji, the director of Brahmastra, recently revealed that he directed the couple to refrain from making appearances together during the motion poster launch.

Ayan said: “To be honest when we started our film, I thought this is the best casting as Ranbir and Alia are powerhouses. It was just too good.

“So, lots of things haven’t happened in their lives because every time they went out together, I would be sitting at the back saying ‘You all are ruining my film. Please don’t go anywhere.’

“It feels good now that we can share them.”

Brahmastra, a three-part series, has been in the making for many years now.

Brahmastra is set to release on September 9, 2022.

Which Jersey Shore Star Said This? 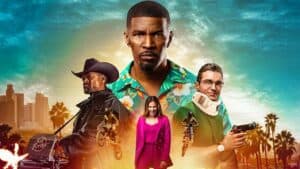 Which Jersey Shore Star Said This?