Akshaye Khanna’s ‘State of Siege :Temple Attack’ to release on July 9 on Zee5 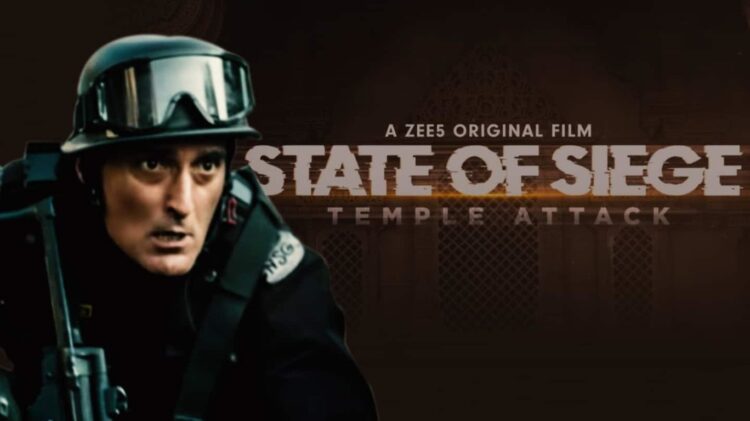 State of Siege franchise which has come up with the much acclaimed web series 26/11 as a tribute to the brave soldiers who sacrificed their lives for the country during 26/11 Mumbai attacks now presents Temple Attack based on the terrorist attack on the Akshardham temple that took place on September 24, 2002.

Akshaye Khanna who is making his digital debut will don the role of NSG commando in Temple Attack which is being helmed by the renowned director Ken Ghosh who earlier directed the successful thriller Abhay 2 starring Kunal Khemu. Akshardham attack was one of the dirtiest in the history of India which claimed 30 lives and inured around 80 people. The intervention of NSG has saved many more lives by killing the terrorists responsible for the attack and restoring peace by ending the siege.

Temple Attack once again demonstrates the heroics and unflinching courage of our soldiers who defy death in saving the mother land from the attacks of terrorists and other forces who try to create unrest and chaos in the country by resorting to mindless attacks that kill innocent people.

Produced by Abhimanyu Singh of Contiloe Pictures, Lt. Col (retd) Sundeep Sen who was a consultant on the State of Siege: 26/11 project and the 2nd in Command at the NSG during the 26/11 Mumbai attacks will provide his expertise for this film as well to add more authenticity to the plot.

Akshaye shares about his character with great pride in a press statement, “To be able to wear “the uniform” WITHOUT taking the oath of the ultimate sacrifice is a privilege that only an actor is afforded. My only focus during the making has been not to disrespect that privilege.” This shows how pepped up Akshaye was to play this character of an NSG Commando in State of Siege : Temple Attack.

The teaser of the film released recently gives a glimpse of the rescue operation by NSG to save people stuck at the Akshardham temple as four terrorists are shown reaching Gandhinagar in Gujarat by train to carry out the attack. On reaching the temple, the terrorists open indiscriminate firing at the people and capture people as hostages. Its now the turn of Akshaye Khanna and his team to step in to rescue the hostages and kill the terrorists.

State of Siege : Temple Attack will stream on July 9 on the popular digital platform Zee5 which is in the forefront of providing varied content to the viewers through their series and films in all languages across the country.

‘Ray’ Review: A poignant reflection of different slices of life