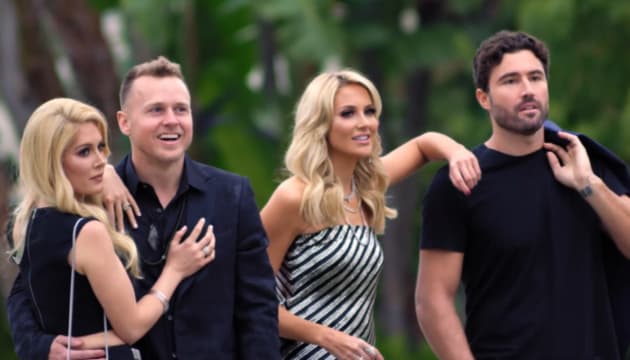 
In the reality TV world, most drama is good for the show. There are, however, exceptions.


We all know that The Hills: New Beginnings‘ cast have feuded off camera as fiercely as on, causing numerous problems.


There were other major issues with the cast, and not even the best production team can put out every fire.


As a result of those and other factors, this revival is dead — and will not return for Season 3.


TMZ reports that the The Hills revival has been canceled by MTV.


Multiple sources close to the network shared that The Hills: New Beginnings will not return for a third season.


Late last week, production broke the news to the members of the cast.


Television can be a complicated industry, and reality TV is no exception.


But why is this series ending?


According to the report, there are multiple reasons


One source reported that producers were looking for ways to inject new, more diverse life into the series.


Predominantly and entirely white and straight casts were once commonplace on television, but that has thankfully changed.


Production explored the idea of doing this … but some of the existing, legacy stars of the series were against it.


Additionally, some of these same cast members were unhappy with the revival in general.


It sounds like they feel that MTV made certain promises to them about what this revival would be like.


Instead, their return to reality television ha sfelt forced at times, with fake storylines and production-nudged confessionals.


Often, reality stars find themselves “nudged” to excalate drama or rephrase their real statements in ways that they would rather not.


It sounds like several OGs were refusing to continue to play along with what production wanted out of them.


That, the network was concerned, would doom the series to be unentertaining and more of a PR engine to flatter its cast.


More or less everyone reportedly felt that this revival didn’t feel like the first show did.


The vibes were off, and you know that this cast cared about that.


The result was tensions between the stars and the network, resulting in an eventual impasse.


There’s not all, however.


COVID-19 has taken 800,000 American lives and counting, but it has also deeply impacted television and businesses.


The hurdles for filming, the limitations on locations and guest stars, and the logistics of managing a large ensemble cast … that’s not easy in a pandemic.


Production felt like they were already firing all cylinders and had gotten as much as they could out of the current cast.


Under the circumstances, with this crew of people, they had gotten done what they were going to get done.


From the start, one key thing was missing from the cast.


Lauren Conrad was the biggest star of the original series.


She did not partake in the revival, claiming that she was too busy with business ventures.


Without her returning, the cast couldn’t really reclaim the magic of the original show.


That said, production feels proud of what they accomplished under the circumstances.


Remember, this revival started up in 2019 — just months ahead of the COVID-19 pandemic sweeping the globe.


Additionally, production promises that the IP will return in a new iteration that reimagines the show.