Radhe Shyam to release in March 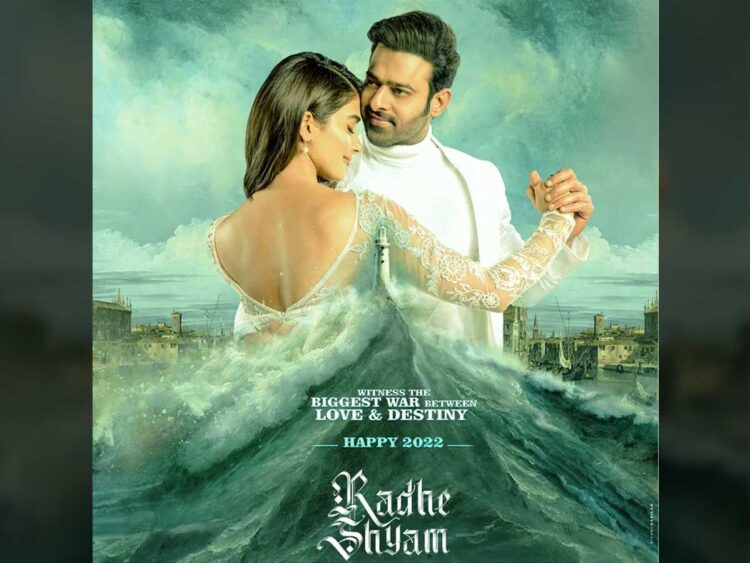 The movie  lovers and the fans of Young Rebel star Prabhas have been waiting for the release of Radeh Shyam for a long time. The film was  scheduled to hit the cinemas on 14th January. However, India is witnessing a surge in Covid-19 cases, in view of which many films have been postponed. Rajamouli’ RRR and Prabhas starrer Radhe Shyam which has  Pooja Hegde in the female lead role, were postponed. Now according to the latest report,  the makers are planning to release Radhe Shyam in the month of March.

While Radhe Shyam makers are keen on releasing the film in theaters, recently it was heard that an OTT giant had approached them with an offer of Rs 400 crore but the makers rejected the deal.

The romantic drama Radhe Shyam revolves around a fortune-teller and a medico and how they fall in love. Set in 1970s in Europe, the romantic period drama is helmed by Radha Krishna Kumar of Jil fame. The multi-lingual film is produced by Bhushan Kumar, Vamsi, and Pramod.

Prabhas is playing Vikramditya a palmist whereas Pooja Hegde is essaying Prerna a medico.

Meanwhile Prabhas is working with Prashanth Neel for an upcoming film Salaar which has Shruti Haasan as the leading lady.  He will also be seen in Adipurush, Spirit and Project K.