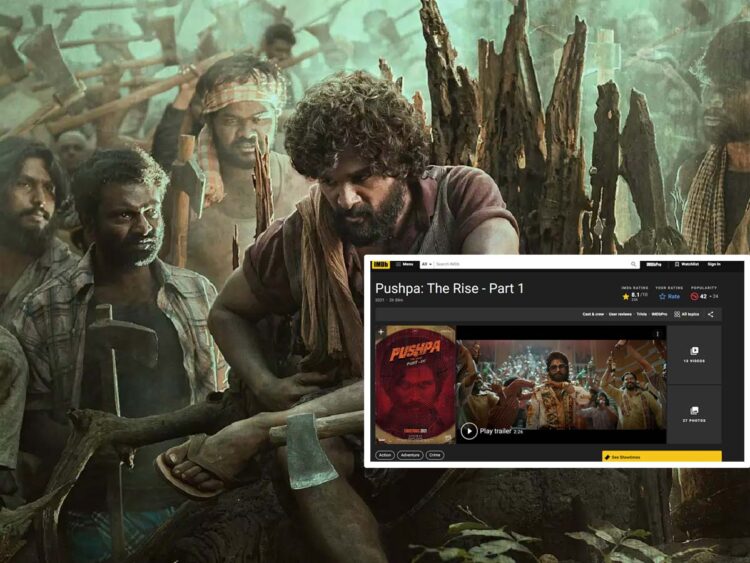 Stylish Star Allu Arjun, Rashmika Mandanna and Sunil starrer Pushpa: the rise is winning the hearts of the movie lovers.  Samantha Ruth Prabhu is also the part of this rural drama which is helmed by Sukumar. Majili girl nailed it with her s*xy moves in Oo Antava song.

A video from the rehearsals made it to the internet in which we could see the actress putting in a lot of efforts to get the moves right. Hilariously  the actress even pointed out at the choreographers and stated that ‘they are killing me’. On IMDB,  Allu Arjun and Sukumar’ film Pushpa:  The Rise has received 8.1 rating out of 10. It has become one of the top rated South Indian movies ever.

Pushpa has also beaten Young Rebel star Prabhas starrer historic drama Baahubali: the Beginning that had received a rating of 8.00 out of 10 on IMDB. Even though a very marginal victory,  but Allu Arjun has triumphed over Prabhas.  On the otherside, Baahubali 2: The Conclusion had received 8.2 rating on IMDB.

Samantha’ Oo Antava is among the most watched songs and the movie lovers are in love with Samantha’s new avatar. From the month of February, Allu Arjun will join the sets of Pushpa: The conclusion.

Joel Coen On Why He Made ‘Macbeth’ Without His Brother Ethan

Joel Coen On Why He Made 'Macbeth' Without His Brother Ethan