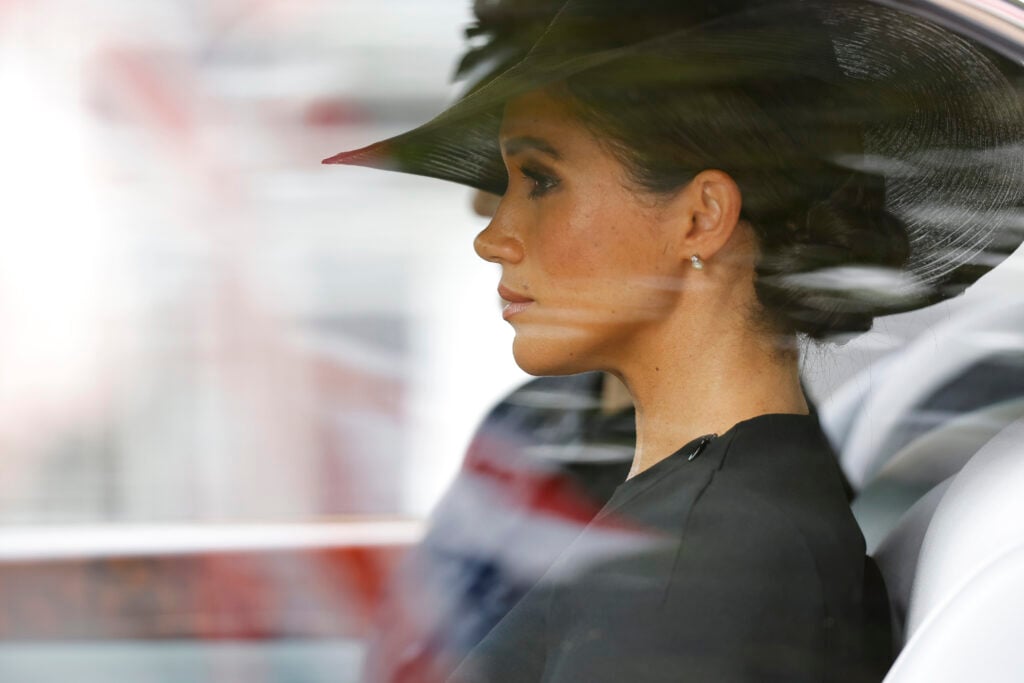 After 11 days of nationwide mourning, Queen Elizabeth was laid to rest today at a funeral at Westminster Abbey on Monday.

The ceremony was attended by foreign dignitaries from all over the globe, and of course, the entire royal family was on hand to say a final farewell to their patriarch.

The Windsors have been under even greater scrutiny than usual in the days since the Queen’s passing, and as expected, the international tabloid media is dissecting every appearance and interaction for signs of discord.

As usual, Meghan Markle finds herself at the center of the speculation.

The British press and public’s contempt for Meghan has frequently been on display throughout the official period of mourning.

Whether its commoners refusing to shake the Duchess’ hand or bizarre vitriol over Harry’s displays of affection for his wife, it often seems that the hatred toward Meghan has been worse than ever in recent weeks.

And now, Harry and Meghan’s harshest critics are reveling in two gestures that could be interpreted as signs of disrespect toward the California couple.

On Sunday night, an event was held for the many foreign leaders who were visiting London for the funeral.

According to a new report from Page Six, Harry and Meghan were uninvited, after it was decided that the event should be “for working members of the royal family only.”

Adding to the sting of the situation is the fact that Harry and Meghan reportedly only found out that they weren’t invited when they read about the snub in the press.

“Harry and Meghan actually got the invitation and no-one has actually told them they are uninvited,” says a source close to the family.

“I’m told they only found out they were uninvited by reading press reports.”

Many believe that Harry and Meghan were further disrespected at today’s funeral services.

Again, as “non-working” royals, it was expected that the Sussexes would be treated somewhat differently.

But Harry was the beloved grandchild of Elizabeth, and many were surprised to see him so callously shunted to the side.

And of course, Harry and Meghan endured further disrespect from the media during this solemn occasion.

Several outlets have accused Meghan of faking her tears during the funeral, with many pointing out that as an actress, inauthentic crying would be well within her capabilities.

Of course, no one other than Meghan can know what she was feeling during today’s ceremony.

Speculating on the emotional state of any other royal in such an insulting fashion would be considered an unimaginable display of disrespect.

But as always, the rules are different for Meghan.

And the double standards are more heartless than ever in the wake of the Queen’s passing.