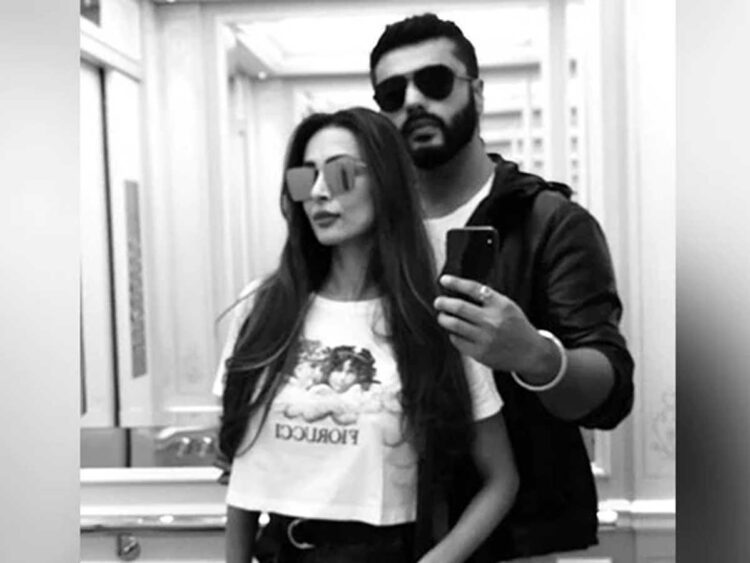 Arjun Kapoor and Malaika Arora‘s break-up rumors hit the internet after several reports claimed not all is well between them. These rumors surfaced after several publications claimed that Arjun  Kapoor recently visited cousin Rhea’s house, skipping to meet his  girl friend  Malaika, who stays nearby. This added more fuel to the fire.  It was also heard that Malaika Arora is so broken from the breakup that she has decided to stay away from everyone.

The love birds know that how to shut down the rumor. Arjun posted a picture with Malaika Arora and he captioned it: “Ain’t no place for shady rumors. Stay blessed and wish well for people. Love y’all.” Malaika Arora responded to this post and dropped a heart emoji

On the otherside, recently they celebrated New Year’s together and even went on a vacation to the Maldives.

They started dating in 2018. Malaika Arora was previously married to the filmmaker Arbaaz Khan. They were married for over 19 years and got divorced in  the year 2017. She has a 18-year-old son name Arhaan. He went abroad for higher studies last year.

It is known that Arjun along with Anshula, Rhea and Karan Boolani had tested positive for COVID-19. They  had quarantined themselves very well and ensured no contact with the outside world, not even with their closest family members. After 2  weeks, they tested negative.

Oscars will have a host after three years in 2022, fans want Tom Holland

Who Is Danny Trejo’s Character In ‘The Book of Boba Fett?’

Who Is Danny Trejo's Character In 'The Book of Boba Fett?'