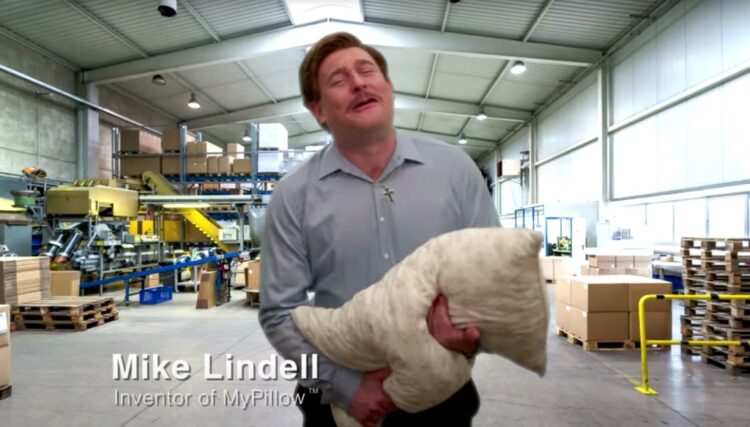 The next time you regret spending too much money on a meal or shoes or Pokemon cards, take a deep breathe and tell yourself, “Well, at least I’m not Mike Lindell.”

The MyPillow founder is spending over $1 million a month in his failed bid to get Donald Trump back into the White House; he’s also considered a “reputation risk” by the banks that he does business with, and his libel suit against the Daily Mail for claiming that he wooed 30 Rock actress Jane Krakowski with alcohol was dismissed by a judge. But at least he still plans to put 300 million people in prison for life, so he’s doing great.

On Tuesday’s episode of Jimmy Kimmel Live, host Jimmy Kimmel dedicated a portion of his monologue to Lindell’s financial setbacks. “Mike Lindell is having some trouble in the money department. The trouble is, no one wants his money. Mike claims that not one, but two different financial institutions have asked him to leave their bank,” he explained, adding, “At this rate, Mike is blowing through money so much, I have a feeling this problem is going to resolve itself on its own.”

Nothing will stop Lindell in his quest, however, not with his ability to take “life’s lemons and makes little hats out of him.” That’s when Kimmel brought back James Adomian as Lindell with the pillow man’s “best idea yet”: MyBank. You can watch the video above.

Mitski to Open for Harry Styles at UK Shows