Jamie Lynn Spears: I Can PROVE Britney Is Lying About Me!

by Snooper
in Entertainment
Reading Time: 8 mins read
A A
0 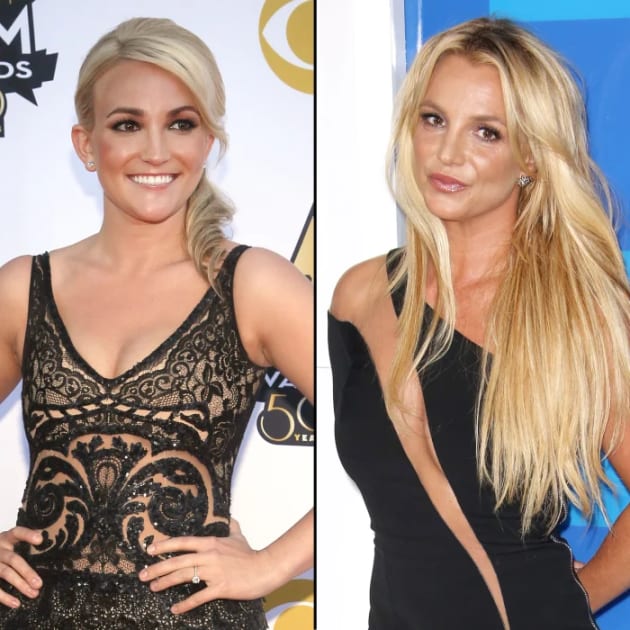 
For weeks now, Britney and Jamie Lynn Spears have been battling it out on social media, with each sister hurling accusations at the other and presenting their evidence to the public via Instagram.


The latest round of trouble began when Jamie Lynn appeared on Good Morning America as part of the promotional tour for her new memoir.


Naturally, much of the conversation revolved around Britney’s conservatorship and the singer’s very public war with her entire family.


“So please please stop with these crazy lies for the Hollywood books!!! NOW and only NOW do I know only a scum person would make up such things about someone.”


Undeterred by Britney’s outrage, Jamie Lynn appeared on the popular “Call Her Daddy” podcast on Wednesday, where she shared more unflattering insights about her A-list sis.


Jamie Lynn complained that while growing up, she was often made to feel like a “prop” whose sole purpose in life was to protect her sister’s “brand.”


“I was never allowed to do anything or say anything that would possibly put my sister in a bad light. And honestly, I love my sister… But guess what? Sisters are sisters… why wasn’t that just made normal from the beginning?” Jamie Lynn asked.


“It doesn’t matter who your sister is, or who your family member is. If something has caused you pain, nothing should diminish your experience,” she continued.


“My whole life I kind of felt like I didn’t matter.”


Perhaps Jamie Lynn had intended to target her parents with those comments.


Whatever the case, it was Britney who took offense.


On Thursday, lawyers for the pop icon sent Jamie Lynn a cease and desist letter demanding that she stop slandering her sister in public.


(The letter also contained some pointed jabs about Jamie Lynn and the quality of her new book.)


The second half of Jamie Lynn’s “Call Her Daddy” interview was set to premiere that afternoon, and many believed that the letter would prevent it from being released.


That didn’t happen, however — and part two contained more bombshells that are unlikely to sit well with Britney.


Britney recently claimed that Jamie Lynn abandoned her during her conservatorship, citing a four-month period in which she claims she ate every meal alone and had no contact with the outside world.


Jamie Lynn admits she was in Louisiana at this time, but she says she frequently gave Brit advice on how to end the conservatorship, even inviting her sister to live with her, so as to take advantage of a legal loophole regarding residency.


“I gave her the number of judges. I talked to her lawyer on the phone, which blew up in my face and everybody turned against me. Because I guess maybe that lawyer wasn’t gonna get a paycheck if he didn’t have a job,” Jamie Lynn said.


“I spoke with her lawyer and I told him a lot of s–t, and it went nowhere.”


It was the, Jamie Lynn claimed, that she advised her sister to move back home:


“I do know some judges and we did have some stuff looked into, and we told my sister many times [that] all she had to do was go live out of state for six months and the conservatorship will be absolved because she’ll take residence in another state,” she told her interviewer.


As for why she never spoke out against the conservatorship, Jamie Lynn explained that she didn’t think it was necessary to do so:


“I never thought that I’d get grouped into this hatefulness because I knew that I’d always tried to help and stuff, so then I was thinking in my head, I’m never gonna have to speak up, I always did the right thing,” she recalled.


Jamie Lynn went on to say that despite Britney’s claims to the contrary, she never had anything to do with the conservatorship.


She says that she even refused to head up a trust for Britney’s kids after learning that doing so would force her to collaborate with conservatorship lawyers.


“My sister asked me to oversee a trust if something were to happen to her,” Jamie Lynn explained.


“Now, when I was approached by her team of lawyers or whatever and they were like, ‘Well, you have to get a lawyer and do that.’ … I did not even follow through with these steps to be a trustee over that will or anything. And that never even had anything to do with the conservatorship.”


As “proof” that she had tried to help her sister throughout Britney’s ordeal, Jamie Lynn shared a screenshot of text messages sent in November of 2020:


“I am sick of seeing this whole thing just keep going in circles, so I figured I should see what I could do to help,” Jamie Lynn wrote at the time.


“I have no reason to send this to you, other [than] I love you, and I’m trying to be helpful. I’m here if you need anything.”


Of course, by that time, the issue was more or less resolved, and Britney’s freedom had been assured.


So it’s a safe bet that Britney won’t be backing down from her claims in light of this latest “evidence.”


We’ll have further updates on this developing story as more information becomes available.

These Are tvN’s Top 12 K-Dramas Ever Released

These Are tvN's Top 12 K-Dramas Ever Released

10 Movies of the 'Showman' You Shouldn't Miss