Hansal Mehta and Netflix to come out with ‘Scoop’

by Kaypeekay
in Entertainment, Web Series
Reading Time: 2 mins read
A A
0 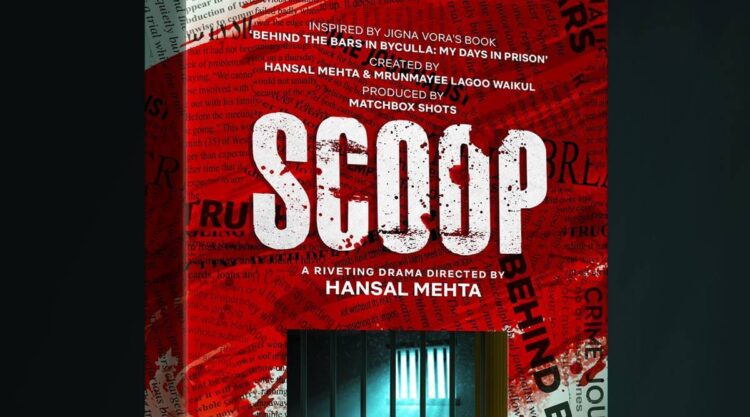 In partnership with Netflix, Hansal Mehta will make his directorial debut on the streaming service by directing the drama series Scoop. The drama has recently begun filming through the production firm, Matchbox Shots. The story is based on a book by Jigna Vora, ‘Behind the Bars in Byculla: The Story of My Days in Prison’.

Scoop is a character-driven drama that follows the story through the life of Jagruti Pathak, a determined journalist in the field of crime. Her life is thrown into chaos when she is accused of the murderous killing of a colleague journalist, Jaideb Sen and ends up in prison alongside the journalists she previously covered. Other suspects comprise a notorious sharpshooter an ominous bookie, and Chhota Rajan! The truth is hidden while she awaits a trial.

🚨BREAKING NEWS 🚨@mehtahansal is ready with his next big SCOOP.

A brand new riveting drama based on true events is coming soon, only on Netflix! pic.twitter.com/RaQSsM2PFm

The series was discussed in detail and its affiliation to Netflix, Hansal Mehta said, “Reading Jigna Vora’s book “Behind The Bars’ In Byculla: My Days in Prison’, the book piqued my curiosity and inspired me to bring the story to life on screen. Filming has already begun and I’m thrilled about this project which is my debut collaboration Netflix. The best stories will benefit from a platform that allows it to more accessible to a larger number of people, Scoop is just that kind of story and, thanks to Netflix it can bring it to viewers all over the world. Together with My co-creator Mrunmayee Lagoo and producers Matchbox Shots, I’m seeking to explore the story of our media-driven time and also the personal costs of the stories we read in our daily lives.”

In his post on Scoop, the producer at Matchbox Shots, Sanjay Routray stated, “When we first laid our eyes to Jigna Vora’s book ‘Behind The Bars of Byculla’ We were awestruck and immediately decided that this story of determination and grit needs to be told in larger scale. Netflix was the perfect choice for us as the series format will allow us to flesh out the characters’ personalities and emotions more. If you’re looking for a story with so much emotion it is only a genius such as Hansal Mehta would be able to give the best possible performance. He’s an expert in the art of the ability to bring such a powerful stories from real life to. Our partnership together with Hansal and Netflix was seamless and makes for the perfect combination to create a truly memorable story.” 'Gehraiyaan' Review: A delectable effort to unravel the mystery behind complex relationships