Grey’s Anatomy Placed on COVID-Related Pause; Is Season 18 Over Already? 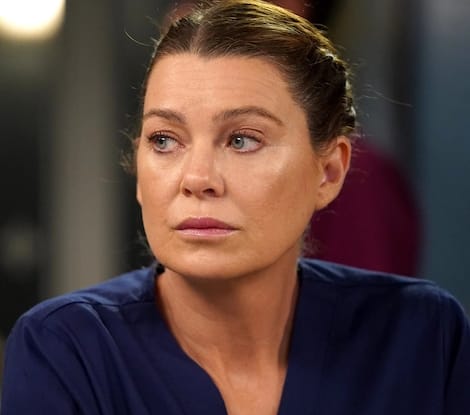 
Amid chatter that Grey’s Anatomy may be over after this ongoing season, ABC has now dropped an unfortunate bombshell:


This season may already be over.


On Wednesday, TV Line reported production has been halted on at least three Los Angeles-based television series — including Grey’s Anatomy, Station 19 and The Rookie — due to the Omicron variant of the COVID-19 virus.


If just this one week delay holds, all programs are expected to complete filming on all ordered episodes for their current seasons.


You can just never be certain of basically anything amid this pandemic.


There is reason for optimism, however.


According to TV Line insiders, ABC Signature (the studio behind Grey’s Anatomy, Station 19 and The Rookie) took this step out of an abundance of caution… and not due to any show-specific COVID outbreaks.


Therefore, the work hiatus is unlikely to impact any of the show’s on-air schedules.


Grey’s Antomy’s production delay, meanwhile, comes on the heels of the news of Ellen Pompeo actually wants the beloved drama to end.


“I’ve been trying to focus on convincing everybody that it should end,” Pompeo recently told The Insider while promoting her company Betr Remedies.


“​I feel like I’m the super naive one who keeps saying, ‘But what’s the story going to be, what story are we going to tell?’


“And everyone’s like, ‘Who cares, Ellen? It makes a gazillion dollars.'”


Gotta give the veteran actress points for honesty, don’t you?


There’s been talk for several years about the conclusion of Grey’s Anatomy, but it keeps bringing in ratings and revenue and, as a result, no one associated with the series wants to pull the plug.


“I didn’t ever think that I would stay on the show this long,” Pompeo told Vanity Fair in 2020.


“It happened, and here I am. It’s been this incredible platform for me and allowed me to stay home with my kids so much and not travel and have the circus life of an actor.


It doesn’t sound like that road is gonna actually end any time soon, either.


Last we heard, there was a good chance that the network will bring Grey’s Anatomy back for Season 19.


Renewal talks are underway for a potential 19th season of ABC’s flagship scripted series though sources caution that conversations are in early stages.


I hear series star and co-executive producer Ellen Pompeo also has been approached about continuing on the show for another season.


But we’re guessing you’ll soon have about 20 million reasons to be happy about this decision.

Poonam Pandey gets trolled for her OOTD, netizens mock her dressing sense