Butch Cassidy And The Sundance Kid Ending Explained: Going Out In A Blaze Of Glory 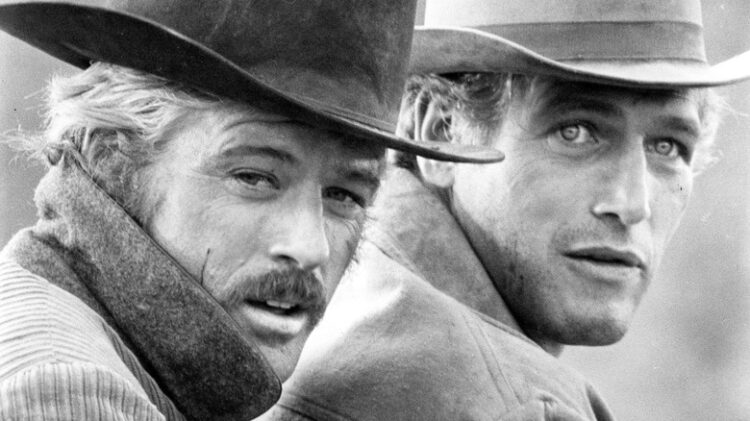 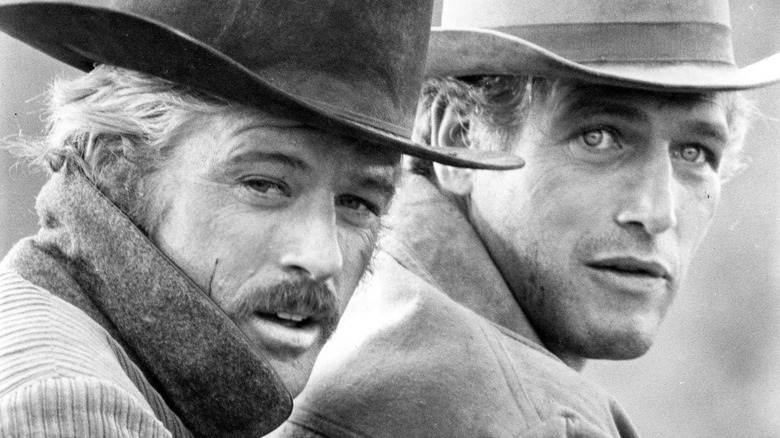 Everyone can remember the striking final frame of “Butch Cassidy and the Sundance Kid.” It’s one immortalized in a freeze-frame shot, one that sees the charismatic bandit and his dead-shot partner facing a hail of inescapable gunfire. And although logic assures the duo, portrayed indelibly by Paul Newman and Robert Redford, don’t squirm or shoot their way out. The film’s ending famously leaves the outlaws fate at the mercy of a visual cliff-hanger.

You’d think withholding Cassidy and the Sundance Kid’s climactic last stand would be a terrible blunder. History at least agrees with the film’s ending — after all, no one really knows what happened to the real-life pair of outlaws that inspired William Goldman’s screenplay. But that doesn’t mean that director George Roy Hill (“The Sting”) couldn’t have opted for at least shooting what would’ve been a spectacular shoot-out.

So, why the ambiguity in such a seemingly straightforward western? And would “Butch Cassidy and the Sundance Kid” be such an enduring piece of cinema with a different ending? 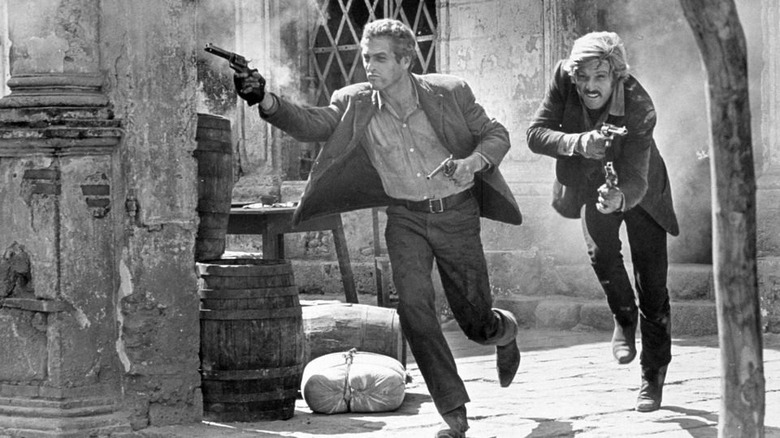 In the film’s second act, Cassidy and Sundance find themselves in Bolivia as part of their desperate attempt to escape a posse led by dogged lawman Joe Lefors. For a time Bolivia proves fruitful for the outlaws and they become known locally as “Los Bandidos Yanquis.” But when they steal a mule carrying payroll and are spotted in a nearby town, a massive shootout begins between them and a large group of Bolivian policemen.

Eventually Sundance and Cassidy, now wounded, are forced to take shelter before planning their next move. But as they discuss their grand plans to move to Australia, unbeknownst to them, the Bolivian military is called in to surround the two. As they prepare to make their escape, Cassidy’s face darkens with worry for the first time when he asks if Sundance saw Lefors outside. Telling him he didn’t, Cassidy’s cool returns, replying: “Good, for a minute I thought we were in trouble.”

The line is a bittersweet but crucial piece of dramatic irony — one that echoes the entire film’s lighthearted barreling towards the realization that Cassidy and Sundance’s luck will eventually catch up with them. This is that moment. The sound of the Bolivian general yelling “Fuego!” and the boom of three volleys of innumerable rifles illustrates that grim inevitability. But the freeze-frame shot both preserves and is emblematic of Cassidy and Sundance’s own stubbornly foolhardy optimism. It’s a symbol of their tenacious confidence, as well as what makes them such alluring and off-beat western heroes. 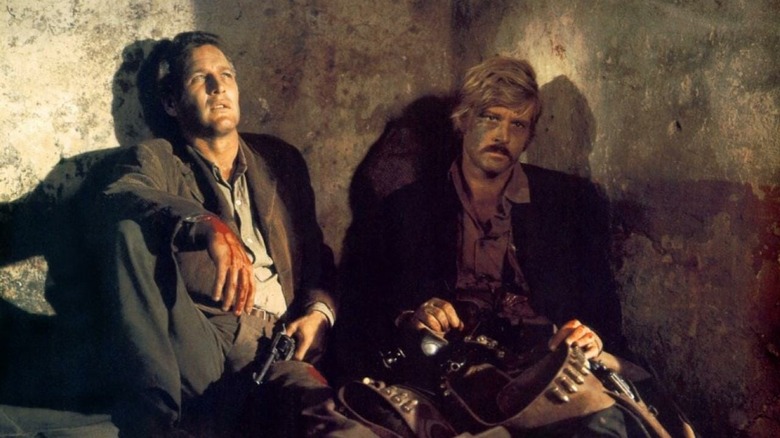 Unlike most westerns at the time, the dynamic duo in “Butch Cassidy and the Sundance Kid” can never catch a break. For all their respective charm and gunslinging skill, both outlaws always seem to be running away from trouble. But Cassidy and Sundance aren’t your traditional heroes, and their lives were anything but a John Wayne-stylized fairytale about the west. Their time, one of bandits and robbers riding unprovoked into the sunset, is ending. It’s a sentiment articulated morbidly by the amicable Sheriff Bledsoe to the two outlaws:

“You know, you should have let yourself get killed a long time ago when you had the chance. See, you may be the biggest thing that ever hit this area, but you’re still two-bit outlaws. I never met a soul more affable than you, Butch, or faster than the Kid, but you’re still nothing but two-bit outlaws on the dodge. It’s over, don’t you get that? Your time is over and you’re gonna die bloody, and all you can do is choose where.”

Cassidy and Sundance only temporarily prolong that bloody end by escaping to Bolivia. But the tragic elements of their fate are tangled up in their inability to pull themselves from a life of crime. This theme is underscored via cruel irony when Cassidy is forced to kill a man during their one legitimate job — something he never did in his many years as a criminal — and they go back to being criminals wearied of the violence.

This is why the film doesn’t need to end with audiences seeing its titular heroes gunned down. There is no gun-blazing escape at the end of Cassidy and Sundance’s story, just the reality of Bledsoe’s unavoidably prophetic words. But like another first-rate classic, “Shane,” the climactic ending of “Butch Cassidy and the Sundance Kid” transforms the duo’s certain deaths into something wholly triumphant and poignant. The image of Cassidy and Sundance’s defiant charge towards absolute defeat, boldly lunging towards a future they’ll never see, is forever frozen in cinema history.

Read this next: The 20 Best Westerns Of All Time

The post Butch Cassidy and the Sundance Kid Ending Explained: Going Out in a Blaze of Glory appeared first on /Film.