by Snooper
in Entertainment
Reading Time: 7 mins read
A A
0 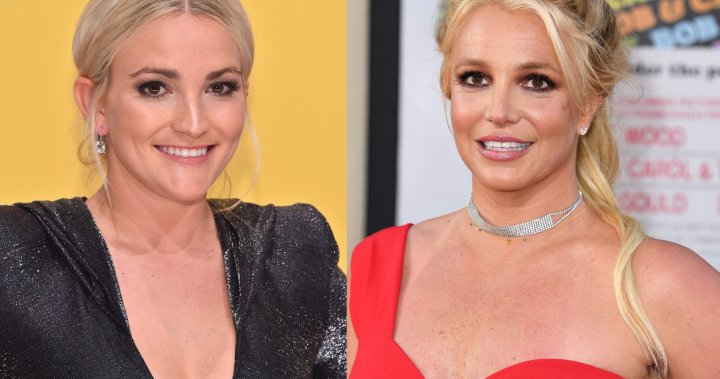 Fed up with hearing her name in her sister’s mouth, Britney Spears is now threatening to sue Jamie Lynn if she continues to make “derogatory” statements about her while promoting her new book.

“Publicly airing false or fantastical grievances is wrong, especially when designed to sell books. It is also potentially unlawful and defamatory,” Rosengart warns in the letter.

“You recently reportedly stated that the book was ‘not about her.’ She takes you at your word and we, therefore, demand that you cease and desist from referencing Britney derogatorily during your promotional campaign.

“If you fail to do so or defame her, Britney will be forced to consider and take all appropriate legal action.”

While promoting her new book, Things I Should Have Said, Jamie Lynn has sat down for several interviews, using the spotlight to comment on her sister’s life, including the recent battle to end her conservatorship.

In an interview with Good Morning America last week, Jamie Lynn described herself as Britney’s “biggest supporter” and that she fought to end the conservatorship.

However, in the book, which hit shelves this week, she also describes Britney’s past behaviour as “paranoid” and “erratic.”

The sisters have been having a war of words on social media since the GMA interview, with Britney calling out Jamie Lynn for choosing to release a memoir so soon after the end to her conservatorship.


Jamie Lynn used her time on the Call Her Daddy podcast this week to share information about Britney’s relationship with Justin Timberlake, reports People.

Britney responded on her Instagram account, accusing Jamie Lynn of having a much easier life and capitalizing on Britney’s fame.

(NOTE: Spears uses offensive language in the post below.)

Britney has also shared her dismay at her sister’s willingness to air family grievances so publicly.

In a Jan. 15 tweet, Britney wrote: “I know you worked hard for the life you have and you have done amazing !!!!! But I think that we would both have to agree to the fact that the family has never been remotely as hard on you as they have been on me !!!”

She later added: “We are supposed to have each other’s back…but what you’re saying just truly confuses me!!! All I know is I love you unconditionally !!! So go ahead and say whatever you want…it’s so tacky for a family to fight publicly like this!!!”

Jamie Lynn has insisted that she’s coming from a place of love, asking her sister to end the feud in her Instagram story over the weekend.

“Britney- Just call me, I have attempted many times to speak to you directly and handle this privately like sisters should, but you still choose to do everything on a public platform,” she wrote at the time.

“In the meantime, please stop continuing the narrative that I haven’t been there for you or that I’m making things up. I’m happy to share how many times I’ve reached out to you, supported you and tried to help you. This is embarrassing and has to stop. I love you,” she added.

0:39
Jamie Lynn Spears breaks down in TLC documentary about her life

Jamie Lynn Spears breaks down in TLC documentary about her life – May 27, 2016

Why it happens to Rajinikanth?

Why it happens to Rajinikanth?